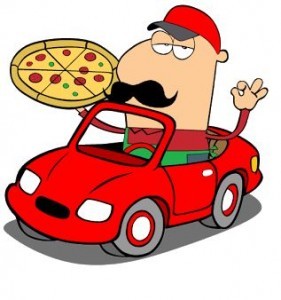 Gas prices dropped to an average of $2 per gallon nationally which is great news for your pizza delivery costs.  This compares to a price of $3.34 per gallon just two years ago. END_OF_DOCUMENT_TOKEN_TO_BE_REPLACED

Beef producers shy away from change

Cows can’t jump over the moon, but beef prices are skyrocketing nonetheless.

So, what’s the beef?

That’s a question many cattle herders may be hearing since their supply is tight, which is pushing up meat prices to more than $6 a pound.

According to the United States Department of Agriculture, choice beef retail prices averaged about $6.31 per pound in December, up 0.1 percent from November’s previous record high and 17.7 percent higher than one year ago. Industry officials said the price of beef is determined by the economics of the industry — supply and demand. And while consumers are buying up cheaper alternatives like chicken, meat eaters still are chowing down on beef.

$4.20 Per Pound: Price of Ground Beef Climbs to Another

(CNSNews.com) – The average price of a pound of ground beef climbed to another record high — $4.201 per pound — in the United States in November, according to data released today by the Bureau of Labor Statistics (BLS).

“The Consumer Price Index for All Urban Consumers (CPI-U) declined 0.3 percent in November on a seasonally adjusted basis,” states BLS. “Over the last 12 months, the all items index increased 1.3 percent before seasonal adjustment.”