7 Things That’ll Sell Like Crazy Because of the Super

Brad Tuttle
Feb 02, 2016
It costs a whopping $5 million for a 30-second commercial during the Super Bowl this year. Surprisingly, however, consumer survey and sales data indicate that spending big bucks to advertise during the game has limited or no effectiveness in terms of actually nudging viewers into buying the things being advertised.

Yet the Super Bowl overall is extremely effective in getting American consumers to binge on all sorts of other purchases. According to the National Retail Federation, roughly 189 million people will watch the Super Bowl featuring the Denver Broncos against the Carolina Panthers on Feb. 7, and viewers will spend an average of $82.19 on electronics, apparel, and food for the game this year, up from $77.88 in 2015.

Here are the categories of purchases that regularly get an extra big sales bump thanks to the big game. read more – http://time.com/money/4202586/super-bowl-sales-impact/

Here’s a pizza treat that can’t be beat: the Sweet and Salty Meat, pairing pepperoni with sweet Italian sausage plus red and orange peppers. It’s part of our new series of one-minute pizza recipe videos from PMQ’s Pizza Kitchen!

Check out the one-minute video at PMQ.com.

The State of the Pizza Industry 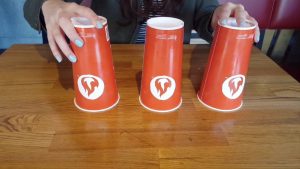 A Inside Look at the Trends and Changes in 2016

Another year has come and gone, leaving behind new trends that have the potential to reshape how the pizza world conducts business. It is safe to say that America loves its pizza. As one of the most lucrative food industries, pizza sales in the United States topped $44.43 billion this past year. The top 5 chains (Pizza Hut, Domino’s, Little Caesars, Papa John’s, and Papa Murphy’s) made up 55.72% of that, or $24.75 billion. Independent and small chains made up 44.28% or $19.75 billion. Clearly, consumers are not slowing down their consumption of pizza, whether they are purchasing it from large chains or smaller, independent pizzerias.

Based on a thorough analysis of PMQ’s Annual Pizza Power Report, here are the discoveries and highlights of 2016 and how these changes affected the industry.  END_OF_DOCUMENT_TOKEN_TO_BE_REPLACED