PMQ Pizza Magazine releases a Pizza Power Report every December, highlighting a year’s worth of statistics, trends, and success stories within the pizza industry. Our previous article reviewed the 2017 report covering 2016; this article takes a look back to the 2015 report about 2014 to see what’s changed. Comparing the data from a couple of years ago with content from the current issue reveals a growth spurt and some interesting trends that are shaking the industry. 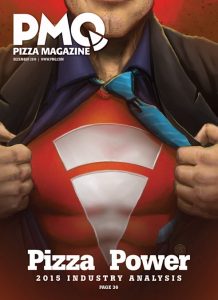 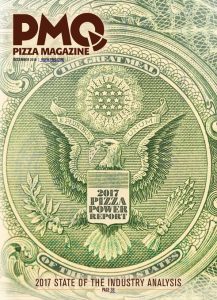 In the December 2014 Pizza Power Report, the feature articles included ways to attract the gluten-free crowd and how to efficiently utilize mobile technology. U.S. pizza sales in 2014 amounted to $38.52 billion. By 2016, that total sales had reached $44.43 billion – a 15.3% increase in two years. The four largest pizza chains in 2014 were Pizza Hut, Domino’s, Little Caesars, and Papa Johns respectively. Two years later, the same four pizza chains remained on top in that exact order, all of them expanding their operations.

Clearly, the pizza industry is showing impressive growth, with some elements emerging as vital to expansion. At the top of the list is technology, which has become more widely accepted by both pizzerias and consumers. Online ordering, more advanced POS systems, restaurant apps, and social media marketing are having significant impacts on daily sales.

In 2014, pizzerias were getting accustomed to implementing the Internet in their business operations and experimenting with new ways to improve efficiencies, to reach customers faster and cheaper, and to create better tasting pizzas – all in the hope of improving customer satisfaction and making a larger profit. For some, it began with focusing on the continuously growing mobile market.

Aurelio’s Pizza designed an app that allows customers to keep track of how often they visited the restaurant to earn rewards by doing so. In return, the company can keep track of and analyze customer purchasing habits.

“Even though use is dominated by the younger generation, more people 65 and older use mobile devices than we thought. Most importantly, our core demographic, women who are 25 to 54 years old with children, predominantly use mobile devices,” said Kirk Mauriello, Aurelio’s Pizza. 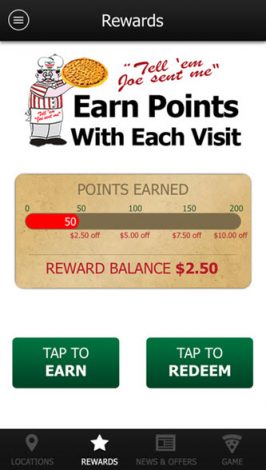 Aurelio’s was one of the first independent pizzerias to really command a presence in the mobile market. Not every pizzeria can afford to create an app, but they all can ensure that their websites are compatible with mobile browsing.

Bob Bentz from ATS Mobile emphasized the importance of implementing mobile ordering on a company’s website: “According to Google, 61% of those visiting a website that is not optimized for mobile will simply leave for your competitors site, and you cannot afford to lose those customers.” The importance of mobile compatible websites greatly grew going into 2017.

Getting local, fresh ingredients has increasingly become more desired. Diverse, non-traditional ingredients like mushroom sauce, steak, and pineapple are also sought after. According to Technomic, 43% of customers say they prefer to purchase their pizza from restaurants that use fresh, high quality ingredients and 64% say they wish other pizzerias would use higher caliber ingredients. Overall, consumers want affordable, convenient, delicious, quality options when it comes to their pizzeria of choice.

The comparison of the past two years indicate that technology and shifting consumer tastes are driving significant changes to the entire pizza industry – for large chains as well as for independents. It will be interesting to see what new innovations and ideas take shape in 2017. If you miss out on anything, just check the Pizza Power Report out in December.